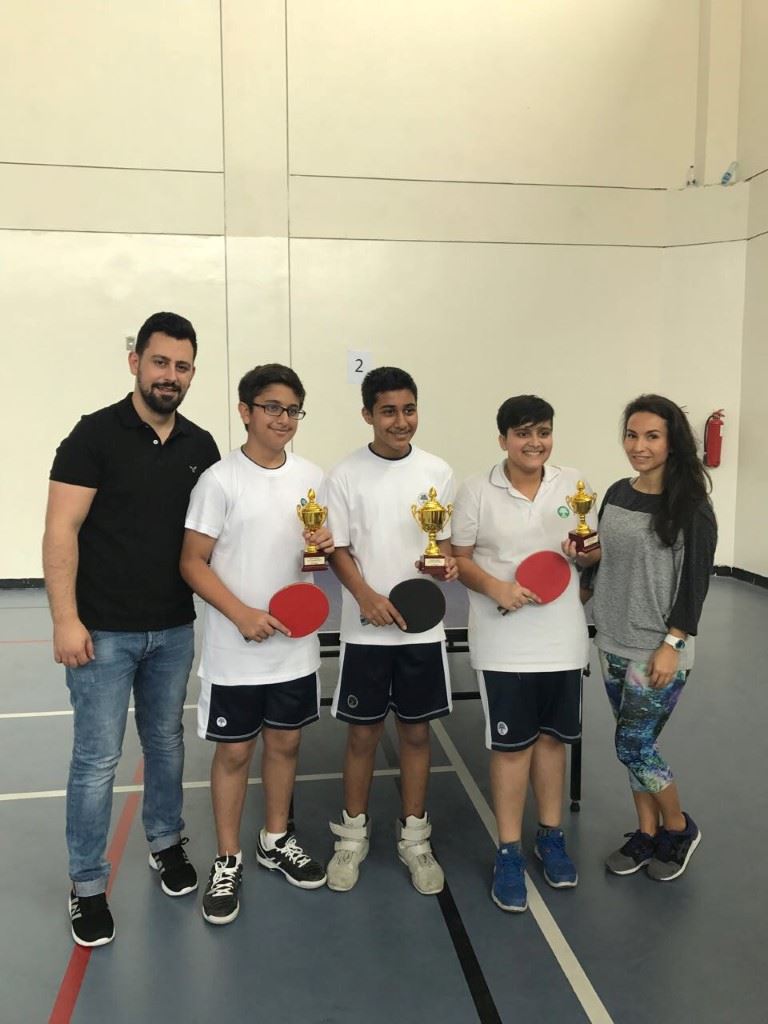 What a busy weekend of sport and activity we have had! Last Friday (February 17th) our school took part in the fourth annual School Sports Challenge which was held in the American University Dubai. We travelled to the event with seven teams and six coaches for what proved to be a day full of excitement.

Our day got off to a superb start as our girl’s basketball team beat Choueifat Dubai in a nail biting contest which finished 14-13 in our favor.  Our girls went on to win their next two games and topped their group to advance to the quarter finals. Unfortunately, we did not progress to the semi final as we suffered defeat to SAIS Dubai in a well fought contest.

Our senior boy’s football team also topped their group winning two out of three games throughout the morning. Our boys showed great heart and determination in all their games, especially the last group contest. We managed to overcome our neighbors Nibras, clinching victory and moving on to the next stage. Unfortunately our boys also exited the competition at the quarter final stage in a 1-0 defeat to a French school having conceded a free kick just outside the box.

Both our swimming and athletics teams did us proud in their heats. Both Laila Labib and Hussain Hammad beat their personal best times in the 50m freestyle, despite not advancing to the finals.  Aziza Nasirova from grade 8 advanced to the finals of the girls 100m sprint. This alone was a great achievement and she managed to take fourth place overall in a race made up of mostly senior students. Our boys’ basketball teams failed to make it out of their group but were more than happy having recorded their first victories of the season and left in high spirits. All in all, we had a great day out. It was a joy to watch the comradery and sense of community as our students cheered and supported each other throughout the day.

Last Saturday (February 18th) we held a table tennis tournament for our upper grade students. The event organized by Ms. Gabriella, saw 12 students compete for the first place trophy. This is the first such events we have held, and all students left asking when the next would take place.

Next Saturday we can look forward to games for our u14 and u16 boys in the Du Cup Football League at The Sevens Stadium (fixtures are still to be confirmed). Our u15 girl’s basketball team will travel to Sharjah to compete in the annual Inter Choueifat competition. As well as this our grade 5 & 6 boys will travel to Al Sufouh for their gymnastics competition and our school will host the grade 7 to 9 girl’s gymnastics competition, so we have a lot to look forward to…